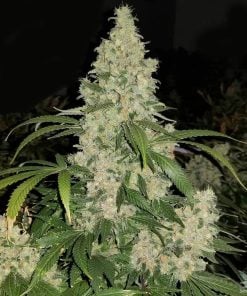 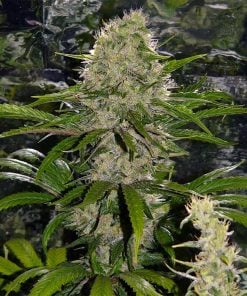 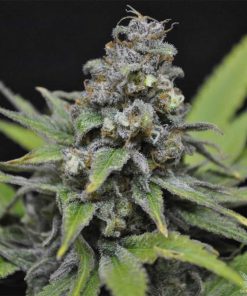 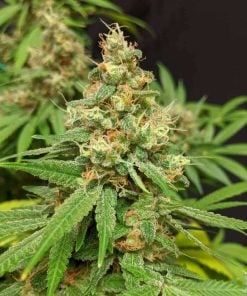 Critical Mass has an abundant medicinal value and her Afghani heritage is evident in her powerfully narcotic effects. So if you demand high yields with an even higher potency Critical Mass Strain is the only choice!

Critical Mass strain is one of the heaviest cannabis strains for production both in & outdoor. With uncompromising medical potency, a pungent fruity aroma, and the largest yields available she is a HUGE addition to any garden.

Critical Mass was initially bred by Mr. Nice Seeds while looking to create an updated version of the original Big Bud strain. Her genetic pedigree originates from a particularly heavy Afghani plant that was combined with the original Skunk#1, which is a Mexican/Columbian hybrid. The resulting Critical Mass was an impressive new strain that delivers a high yield harvest and potent medicinal stone.

Dense and chunky colas are what Critical Mass is all about. An even coating of thick orange hairs wraps around the flowers which have a very low leaf to bud ratio. Critical Mass has a very nice plant metabolism and structure, an abundance of milky trichomes encrusts the monster-sized buds. The result is some extremely frosty and dense buds with a sharp flavor.

Critical Mass smells sweet, skunky and a little astringent like fresh orange peels. Some phenotypes have a melon and bubblegum flavor as well. The smoke is pungent, hashy and honey-sweet.

Critical Mass is 80% indica and has a THC content of over 25%. This strain is very high in CBD at 5.0-10.0% making it a sought-after strain amongst many medical users.

The relaxing body high is excellent for soothing some of the most severe joint and muscle pains. Critical Mass leaves you stress-free and ready for bedtime. Great anti-inflammatory and calming effects have been attributed to the above-average CBD content of Critical Mass seeds.

Critical Mass seeds can be cultivated both indoors and outdoors with great success. Any growers regardless of experience should be able to produce a high yielding and potent crop. Known to produce kolas so large they literally snap off under their own weight, branches need to be kept an eye on to avoid damaging the plant. Mold can also be an issue due to the extreme size and density of the colas so, best keep the environment dry and well ventilated. An indoor Critical Mass plant can yield close to 30oz/m2 with the standard flowering time of 8-9 weeks. Outdoor plants will finish by late September and yield upwards of 21oz/plant.

The medicinal value and Afghani heritage is evident in this powerfully narcotic strain. So if you demand high yields with an even higher potency this Critical Mass Strain is the only choice!

Beautiful plants and easy to grow! 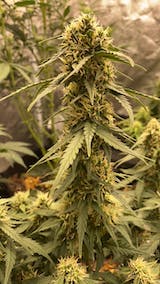 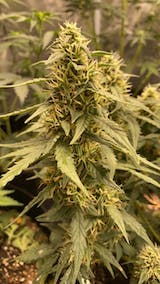 Super easy grow. Started 2/5 on 10/31 seeds popped easy. Ocean forest and fox farm with proper ph 6.2-6.5 and Miyoko and Sookie look lovely. Just starting flower and pistols look so good on Sookie but a little dull on Miyoko. Leaves on Sookie are perfect. A light green with purple tint. Miyoko grew fat and short, dark green leaves with light purple tint, and pistils not as showy. I've had to defoliate a lot and low stress training. Smell is just bareley starting but if stays on track will be sooooo strong.

Grew fantastic outdoors, 9 out of 10 sprouted quickly. Photo is three weeks before harvest. 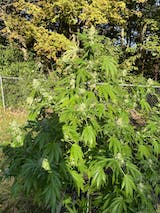 Did this under a Spider Farmer 4000
Coco Coir - Botanicare and General Hydroponics for water additives. 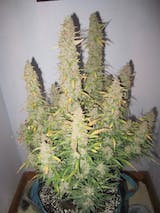 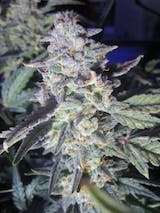 Planted a couple in dirt with just straight water and vary little nutrients the other one was grown in my hydro tent did vary well nice crystals and tricomes using ph and nutrients from hydro crunch from start to finish in about 100 days from seed I did soak overnight and seeds pop in 24 hours love the seeds and will be ordering again this year also thinks seed king. 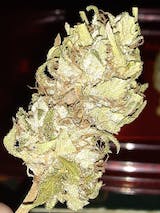 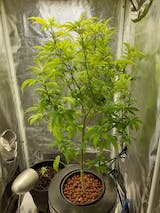 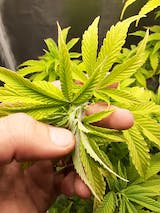 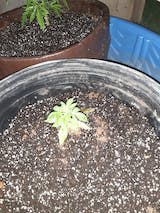 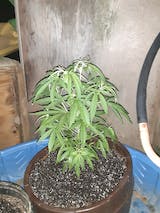 First grow, I did not germinate, I placed seeds in damp soil on Dec. 1, 2020 these pics are from Jan. 20, 2021. Using Mars lights, general hydroponics nutes. They’ve been on a schedule of 18 hours on/6 hours off. 1 mid size fan to circulate air and a dehumidifier set between 50-65% and temp ranges from 55-77f. Soil of fox farms ocean. While this is my first grow, I’ve been around grows before and am happy with where it’s at now. Also, room size is 200 square ft. 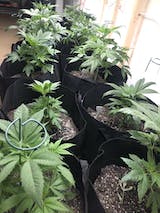 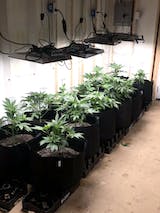 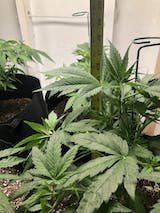 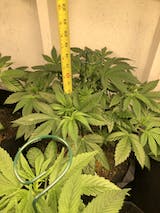 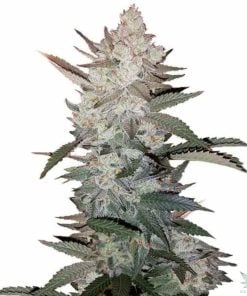 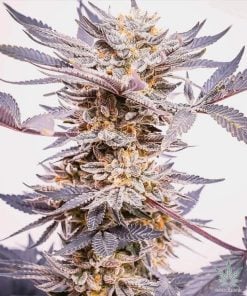 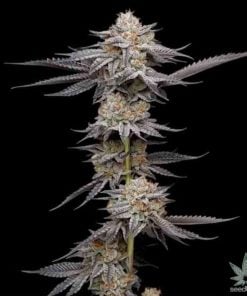 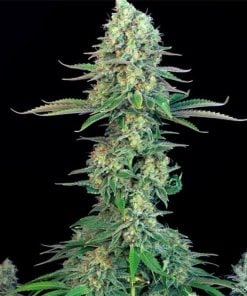 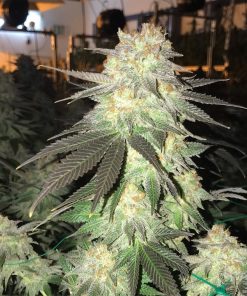 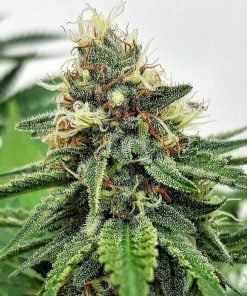