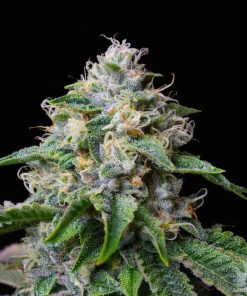 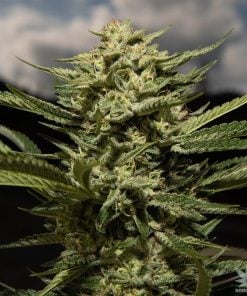 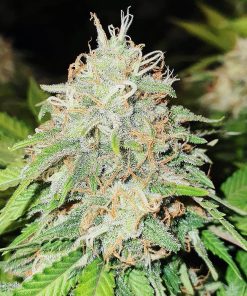 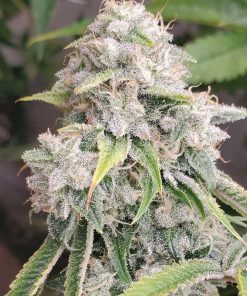 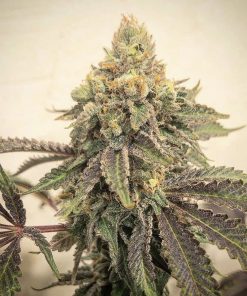 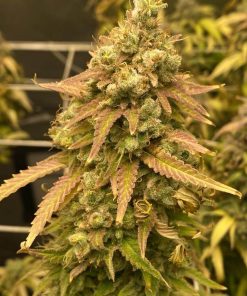 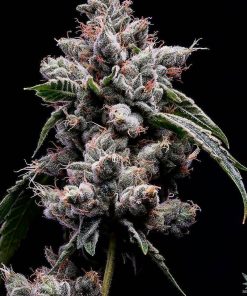 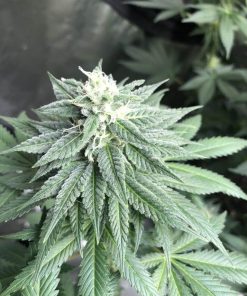 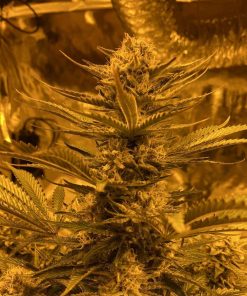 Skywalker OG flowers are a deep green color with red/brown stigmas and frosty trichomes blanketing the buds. The aroma is extremely complex with a dank and earthy fragrance also some prominent citrus and fruity notes.

WHAT IS SKYWALKER OG?

Skywalker OG Strain is an out of world indica dominant hybrid. It is a cross of Original Amsterdam Blueberry, OG Kush, and the indica strain Mazar from Afghanistan, and is best known for its super potent effects and sky-high THC levels.

Skywalker OG is one of the strains that consistently reports testing way above average THC levels ranging from 25-30% THC. CBD has been recorded to measure between .06-.2%. This is a mostly indica leaning strain 85% indica and 15% sativa and the effects are extremely indica dominant. Skywalker OG is a great medicine that provides rolling waves of relaxation, serious munchies, and unavoidable couch lock.

Skywalker OG flowers are a deep green color with red/brown stigmas and frosty trichomes blanketing the buds. The aroma is extremely complex with a dank and earthy fragrance also some prominent citrus and fruity notes.

The smoke itself tastes like crushed pine cones and spices mixed with diesel. A very aromatic strain indeed, this one will leave a heavy scent in the air for hours after smoking. The terpenes in this strain are incredible, mostly pinene and limonene. Not just the dried flowers smell amazing but, extracts and edibles also possess the same mouth-watering taste.

Skywalker OG strain is one of the top choices for medical patients because of its mighty ability to relieve pain and help cure insomnia. Even some of the strongest cases of insomnia and restlessness can be alleviated with just a few tokes of OG Skywalker.

Proceed with caution when first tying this strain, especially those who are inclined to experience some of the negative effects of using a potent strain like this. This is a strain to use if you are looking for a deeply relaxing night of sleep or pain relief. Skywalker OG also has great anti-nausea and appetite-stimulating benefits for those having trouble associated with chemotherapy treatment and some eating disorders.

The immediate effects of smoking or vaping are fast-acting and can be intense for novice smokers. Feelings of relaxation both mental and physical can be noticed right away then followed by a strong lethargic and munchies seeking high. Skywalker OG is ideal for easing aches and pains as well as helping to promote sleep.

Skywalker OG is a strain of medium difficulty to cultivate. Best grown in a warm and dry environment, Skywalker OG prefers and often yields much larger when grown outdoors in a sunny Mediterranean climate. Plants stretch to medium and slightly above average in height and produce dense and sharp smelling buds with kushy, floral and spice notes. Flowering time is 9-10 weeks for indoor gardens and outside Skywalker OG will finish in mid to late October. Indoors the yield is average, around 16oz/m2 but outdoors you can expect an almost doubled yield of 28-30oz per plant.

This super strain was previously only available in clone but now is stabilized and ready to be grown from seed by farmers searching for the next level in indica dominant medical strains.

First year trying this strain. Out of this world results 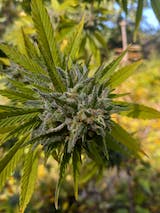 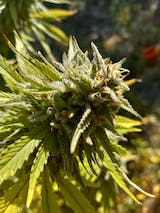 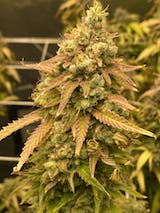 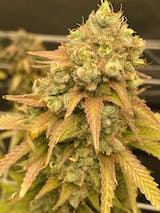 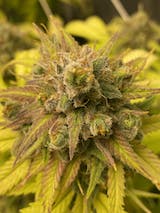 Its a slow starter but once it gets going, it just gets round and bushy. Now its FULL of buds and looking gorgeous. They got 4 more wks in flower. 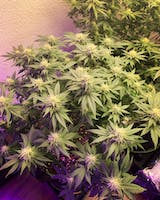 A
A d. (Madison, Wisconsin)
Aj

Got 3 pack of skywalker og for free and only one popped. The one that popped is going good. 20" tall and wide. 8 weeks old. Using ff ocean forest and some organic compost and so far so good. Using a 600 watt led light. Going to flip to flower in a couple weeks. Looking forward to it. Any advice is appreciated. Btw good thing you gave me some free seeds because the ones I bought didn't work out. Anyway thanks. 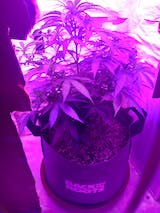 Flowered exactly eight weeks and the amber trichomes are at about 30% so, today is harvest day. I trimmed the leaves and will cut and hang the plant. The seeds were free from Seedbank so I didn't give them much attention, threw them and 2 other seeds in some dirt in an old plastic home depot sapling bucket, and ended up interfering with their growth with some somewhat rough transfer treatment from their original planting spot and put this one in an old green bucket. The plant kept growing well in spite of less than perfect farming and I now have what I expect to be about 90 dried grams are very good, top notch, Indica bud on a two foot stalk. The smell from the plant is very much like a urinal cake, or ammonia based cleaners with an intense pine scent and lots of sticky sap / resin. The buds are robust thick dense healthy and exploding with female pheromones. I will be excited to try this after a couple weeks of drying and curing. 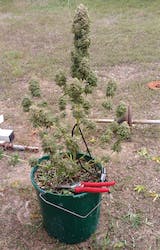 123
Are you over 21? This website requires you to be 21 years of age or older. Please verify your age to view the content, or click "Exit" to leave.